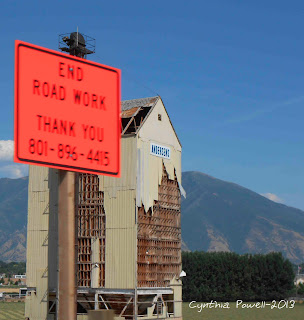 From a Moving Car: Have you ever tried taking photos from a moving car, out on the highway, doing 75+ MPH.  We weren't doing 75, traffic was too heavy to get anywhere due to the dreaded "Road Construction" but we were still moving.  Maybe 45 at the time, so when I took this photo, it was suppose to be only the building.  The sign was creepy and this has not been doctored.  The reflection of the sun hitting the sign and the angle of the camera, must have caused it to be iridescent orange, or are the signs chemically treated to glow in the dark? 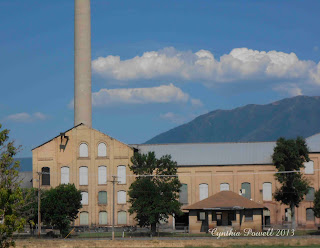 This next building was also taken just a few miles down the road from the first one.  I have a thing for abandoned buildings.  They have so much character and interesting textures, lines, shapes and even softer, weather created patinas.